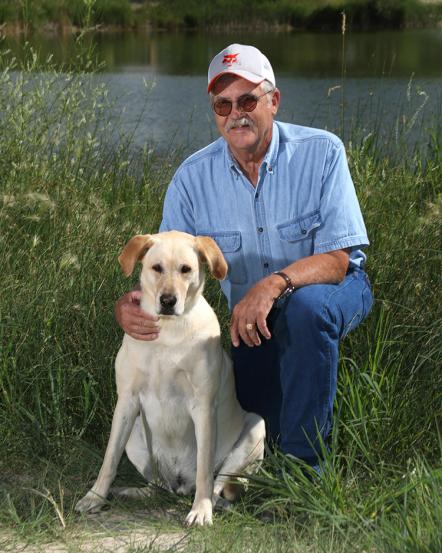 In what was supposed to be a 2017 overnight stay in a Colorado hospital following routine surgery, Alliance resident Jim Weber instead embarked on a two-year medical journey, including 120 days of hospitalization.

Following surgery to repair damage from a large hiatal hernia, sepsis set in. Jim was placed in a medically induced coma for 21 days during his 41-day ICU stint. A month in a long-term care facility followed before he was transferred to Regional West’s Acute Rehabilitation Unit (ARU) for a three-week stay.

When Jim got to the ARU, he was “skin and bones,” and relied on a wheelchair to get around. He had endured kidney failure, dialysis, a tracheotomy, and went into respiratory arrest three times. He can laugh about it now, but at the time, says he was scared to death and not sure he had the strength or desire to battle back. His family, friends, and the ARU staff thought otherwise.

Prior to surgery, Jim loved driving his Bobcat. Post surgery, he wondered if he’d ever be on one again. Then one day, while still in the ARU, he found himself on a field trip to Sandberg Implement with a Regional West Rehab Center therapy team, who carefully helped Jim into a Bobcat, then observed the muscles he used when running the machine. Those are the muscles they concentrated on strengthening during subsequent therapy.

“I can’t give enough thanks to everyone who works on the ARU,” says Jim. “The physical therapists, occupational therapists, speech language pathologists, and nurses – they’re truly amazing. They all work for one goal; to help you heal and succeed. It was hard, hard work but they cried with me and celebrated with me.”

He praises past ARU patients, who encouraged him during their multiple visits during his time on the ARU. “They were inspirational and made me want to get better,” he says.

He credits his wife Peggy as his greatest support and said he couldn’t be more grateful for family and friends from all over who were there from the darkest days in ICU to when they held a fundraiser during his recovery.

“When you’re in a coma, you can hear everything that’s going on,” says Jim. “I had so many visitors and heard them saying positive things and praying – I could feel their energy and support and that’s really what pulled me through.”

Jim is back on his home place south of Alliance. He drives his Bobcat, chases cattle (“My physical therapy,” he jokes), hunts, fishes, and walks his beloved dog, Chugg, several miles each day.